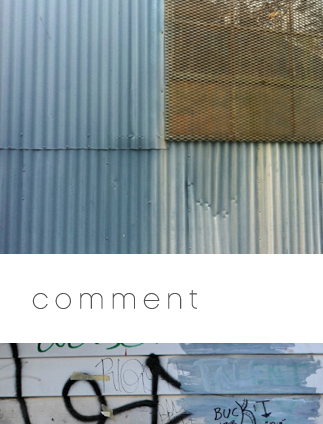 I love living in the Marigny. But for young families to stay here, we need more neighborhood services for residents. Elisio Lofts is a perfect fit because it adds small retail spaces and the residential units that support them. We're fortunate that we have responsible and creative developers in our community who can think beyond the tourists and faux-historic architecture.

This project is well designed, with a scale appropriate to the surrounding buildings, and a mix of building forms consistent with the eclectic character of the Marigny.  The fact that the historic warehouse in the center of the block is being preserved and forms a central feature of the development seems quite thoughtful.  I believe the preservation of that gabled warehouse structure creates a delightful rhythm along the block face, and makes the increased height of the Elysian Fields structure justifiable to make up for the loss of potential buildable area in the middle of the block.   As a business owner in the Marigny Triangle, I also look forward to the new influx of residents that this project will bring to the area.

The proposed building takes a decade's worth of delapidation and decay and turn it into a corner of strength and prosperity.

This is a beautiful proposal for an update to a long abandoned building.  Elysian Fields Avenue deserves something on this scale and the Marigny certainly deserves this attention and investment.  I look forward to seeing it realized.

Over the past 15 years, we have seen first-hand the effect that capital investment and improvement can have on neighborhoods like the Faubourg Marigny. Though this corner of New Orleans has always been home to some of the region's most creative individuals, recent changes have made the city, state, and country sit up and take notice. The Marigny is a hub for New Orleans' new creative class – a place bustling with entrepreneurs, artists, teachers, and small business owners, starting restaurants, tech studios, arts ensembles, and more.


In fact, we believe that much of New Orleans' post-Katrina "brain gain" is due to the allure of neighborhoods like the Marigny – neighborhoods that are steeped in history, but also offer access to some of the region's most forward-looking art, cuisine, and entertainment.


To remain an attractive, vital force on that front, the Marigny needs more residential development, including new construction. And while we certainly appreciate the predominant aesthetic of the neighborhood, the Marigny has always thrived on a sense of eclecticism. If a building pays homage to its surroundings and adds a contemporary twist of its own, that would seem to be the hallmark of great architecture – and a welcome addition to a neighborhood.


Just as importantly, the development at 501 Elysian Fields replaces an unused and, frankly, blighted building that is a scar on the avenue. Thoughtful renovation of the property will encourage further investment in the neighborhood, and – as countless studies link blight to crime – improve safety and quality of life for residents.

While the Marigny is already a thriving area, this particular section of warehouses next to the power plant has stagnated, a bit abandoned and decrepit. This project will not only bring life to this area but incorporate great planning elements of a city: street front shops and a pedestrian alley. In addition, the building will more than likely spur renovation down Elysian Fields toward the lake.

This project, Elisio Lofts, is a positive part of the evolution of my neighborhood. It is a respectful extension of the energy and imagination that have always characterized the Faubourg Marigny. With this kind of development, the neighborhood will continue to thrive into a new century.  I look forward to a continued and expanding quality of life in the Lower Marigny. The Elisio Lofts reflect the quality of life that small businesses like mine try to nurture and support for the residents of the neighborhood.

I see Elisio Lofts as a positive step in the revitalization and rehabilitation of under-used buildings in the Marigny. I like the modern design and that it maintains key elements of the architectural feel of the warehouses and storage spaces seen in the Marigny and Bywater. It also adds diversity to the visual landscape of the Marigny. I enjoy historic buildings, but I also enjoy fresh takes on design.

As more developments are proposed in the riverfront neighborhoods that integrate retail and residential with life on the Mississippi River, rather than ignoring one of our most important features of New Orleans, our City is becoming a destination for those who want to move back to the urban core.  Elisio Lofts and developments like it offer the people of New Orleans a reason to move back into the historic core.  We must provide this type of development so that our riverfront neighborhoods do not become only places for tourists to visit, but instead are vibrant walkable neighborhoods.

As an architect and life long New Orleanian, it is my hope the City of New Orleans will encourage more developments like the Elisio Lofts....ones that are responsive to our City’s diverse cultural heritage, yet forward in their thinking, and which embrace a twenty-first century design sensibility.

This end of Elysian Fields would be greatly enhanced by this project, rejuvenating an area which is otherwise devoid of  life.  We look forward to seeing the project at 501 Elysian Fields completed. It will be a major asset for our street, and for this part of Marigny.

The project sounds and looks wonderful. I think it will be a welcome addition to the neighborhood, bringing additional vitality to a wonderful part of town. I can't wait to see it come to fruition.

Let's bring this vision to the foot of Elysian Fields. It would be a perfect perch for such a spirited and inspired community and one of the final positive elements needed to make this corner feel inhabited and safe.

This modern proposal is an appropriate insertion to your architectural mosaic because it doesn't pretend to be a fantasy replica of a bygone era. It adds a rhythm of juxtaposition.

I got the FMIA email, having just returned from weeks in Vancouver, BC and Seattle, living in dense mid-rises in both places, not needing a car because everything I needed was within a couple of blocks. The parking garages were mostly empty because cars weren't needed.  The bike racks were overflowing (more were needed) and the bus stops were all less than 1 block from my condos.
These protestors' arguments would be laughed out of city planning in those cities!